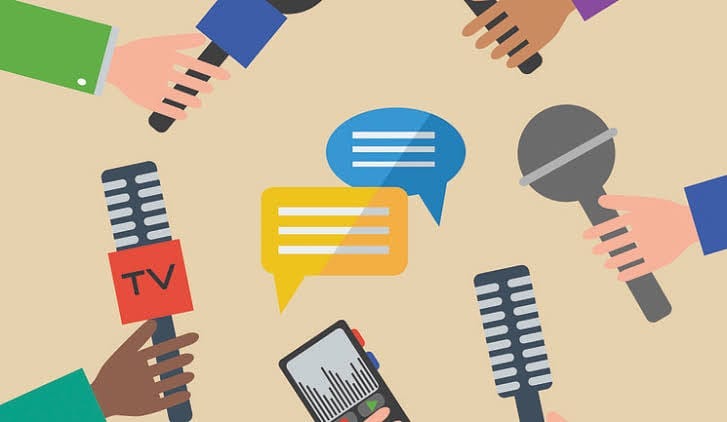 Journalists in today’s world are expected to be multi-talented in their storytelling skills so as to maintain their mark in the ever-competitive industry. Choosing which skill to add on may prove to be a herculean task as it is not every day one gets an opportunity to discuss the various options to acquire a new skill.

It is in this regard, that Roshani CS- Media Chat, this month is delighted to have Joanne N. Waithaka to share some tips on how animation can be embraced by those within the media as an added skill. Check out the poster for further details on the event. 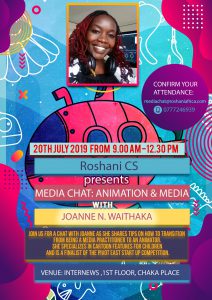 Joanne is a practicing Broadcast & Graphic designer with over 10 years of experience in the media industry. Her first debut in the media industry was as an Operations Designer & Creative at KTN, where she worked for 9 years before branching out on her own to seek new challenges.

She took up animations shortly after, graduating from Shang Tao Media Arts college with a Distinction in Animation and Credits in Graphic Design and Advertising.

Recently she became a finalist of the Pivot East Startup Competition. Check out the animation video below to get a glimpse of Joanne’s work in the animation industry.

We look forward to seeing you at the event.