Sexual harassment in media newsrooms is rampant in Kenya and elsewhere. 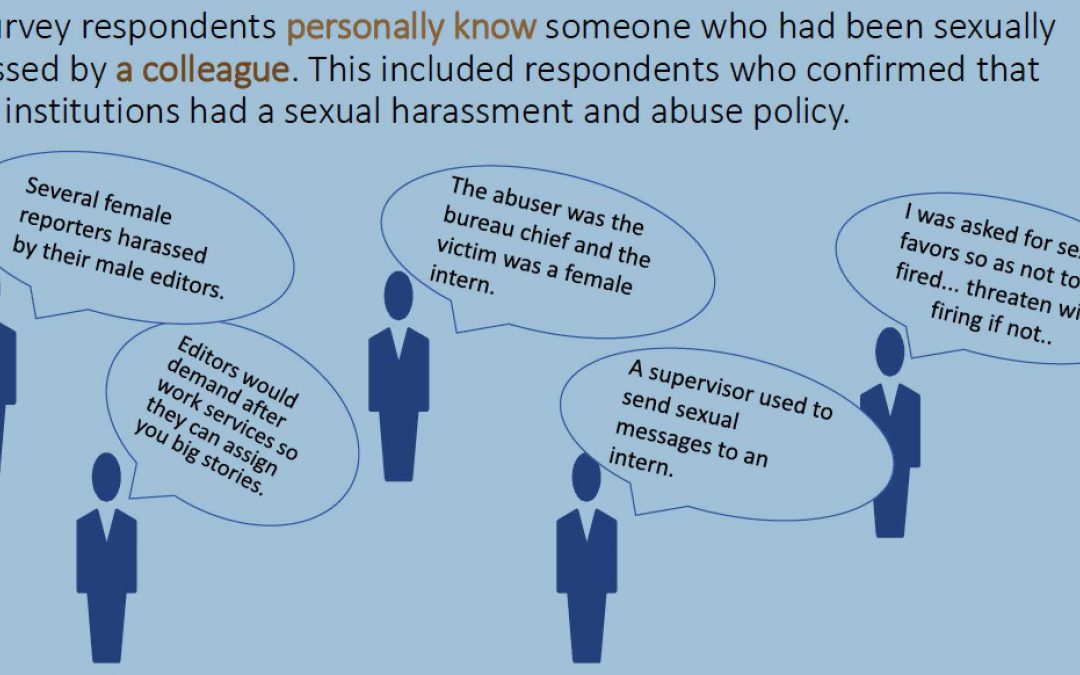 Sexual harassment in media newsrooms is rampant in Kenya as captured in this survey that was conducted by Roshani Consultancy Services : HESHIMA SURVEY_ROSHANICS_2019.  This survey of 70 journalists revealed that  45 respondents, knew someone who was sexually harassed, including respondents working in media houses with anti-sexual harassment policies coined for the work place.

Sexual harassment in the media has various effects. For the individuals who underwent sexual harassment and were not able to report the perpetrator and found the environment uncomfortable to work in at times chose to walk away and embraced different careers despite their passion for working in the media house.

If you have any comments on this survey we would be happy to hear from you.